There are many ways to prepare country hams, each as delicious as the other. The first step is to wash the ham thoroughly. If the ham is covered with mold, don’t be alarmed; aged hams will mold without damage or danger. You should, however, wash the ham in cold water and scrub off the mold and pepper with a stiff brush.

Baking:
Place the ham in a roaster, fat side up, add one cup of water and bake at 325 degrees, allowing 20 to 25 minutes per pound.

Alternate Baking Method:
Place the ham in a roaster with five to seven cups of water (skin side up). Cover the roaster tightly. Preheat the oven to 500 degrees, place the roaster in the oven and cook at 500 degrees for 15 minutes only. Turn the oven off and leave for three hours. Turn the oven to 500 degrees again for 15 minutes only. Leave the ham in oven for six to eight hours. Do not open the oven door once the ham has been placed in the oven. The ham should not be exposed to the 500- degree temperature more than a total of 30 minutes.

Cooking then baking:
For cooking and baking place the ham in the broiler fat side up. Cover the ham with water, let it come to a boil, then simmer, 20 to 25 minutes per pound for cooking. Keep the ham covered with water while cooking. When the ham is done, remove the skin, dot the ham with cloves, and sprinkle it with brown sugar. Bake it in the oven until it is brown.

Place ham hard side down. Place 5 cups of water in bread tin. Cook at 350 degrees for approximately 3 1/2 hours or until ham reaches 155 degrees.

To carve a whole ham and bring out its delicate flavor, it should be sliced very thin. With the ham on a platter, dressed side up, begin to carve about two inches from the hock or small end, and make the first cut straight through to the bone.

Slant the knife slightly for each succeeding cut, using a very sharp knife.

Decrease the slant as the slices become larger. This way all the ham can be sliced and there will be no waste.

Get great tips and ideas for serving your country ham! 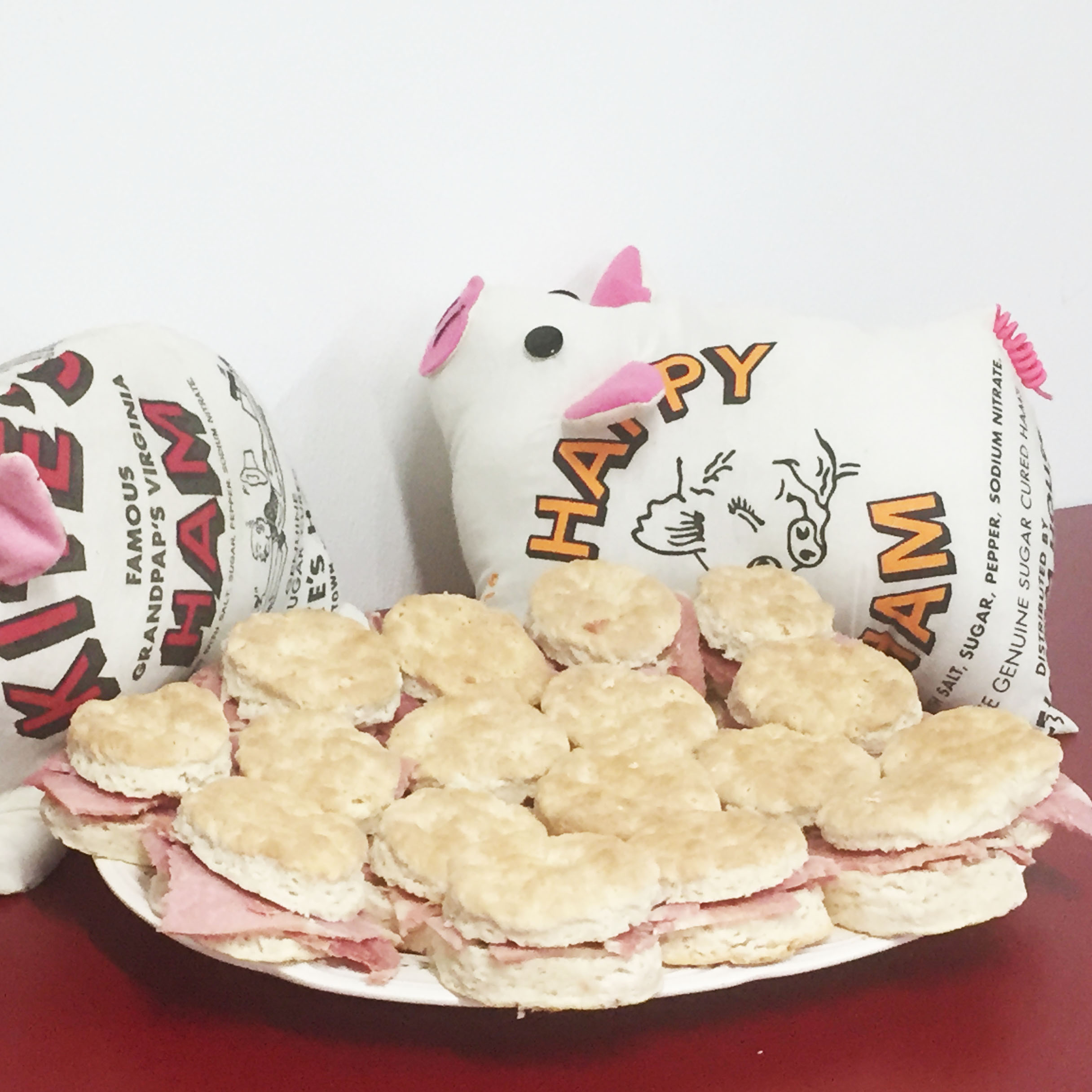